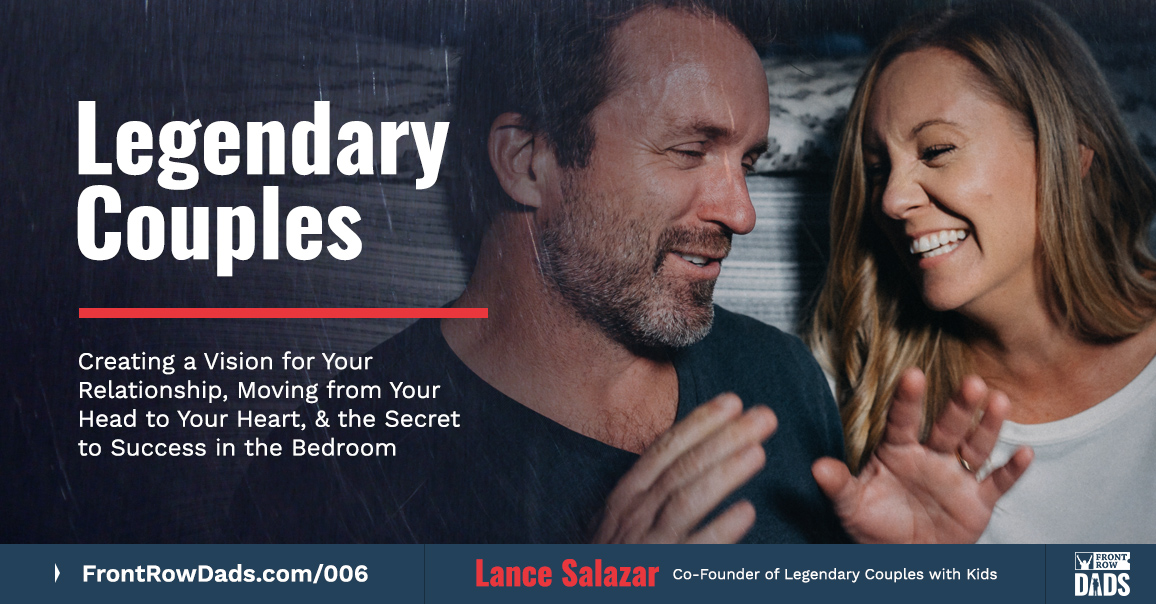 Four years ago, Lance and his wife, Brandy, were nearly divorced. While their marriage had good times of both good and bad, it was never amazing. With 2 young daughters, they were caught in an unending cycle of just fixing what was broken.

At the point of calling it quits, they made one last effort to save their relationship. In fact, they agreed to “put their marriage on the shelf” – excusing each other of ‘trying to make the other happy’, keep the house in order, the kids healthy and alive, and take a deep dive into working on themselves, but without the pressure of working directly on their relationship; letting go of the attachment or expectations of how they reacted to each other.

Lance regained his confidence by tenaciously trying new things and what took him out of his comfort zone – whether it be through what he did at the gym, going to his first personal growth event, the risks he took at his job, and the ideas and concepts he studied and read. He began evaluating who he was spending his time with and intentionally made friends that supported him and cheered him on. He began developing a sense of self-worth, stating his needs (kindly), and he became mentally and physically stronger. He grew happy with who he was becoming. He fostered a sense of what his purpose is.

Within 3 months, he and Brandy were in love again. And taking massive action to improve their relationship with each other.  They began by asking themselves and each other “what would our perfect marriage look like?” When they got aligned with this vision, they created happiness like they had never experienced. And after 13 years of marriage, they are experiencing a level of connection that far exceeds the honeymoon phase that brought them together, a connection they didn’t know was possible.

Friends took notice and asked them to share how they did it, what they learned.

They created Legendary Couples with Kids to share their lessons through courses, private groups, and other resources. By guiding couples how to align values, create a vision, a plan, commitments, and habits for their relationship; its mission is to help couples stay connected and to model for their children how they can create these relationships for themselves.