EVOLVE AS A FATHER 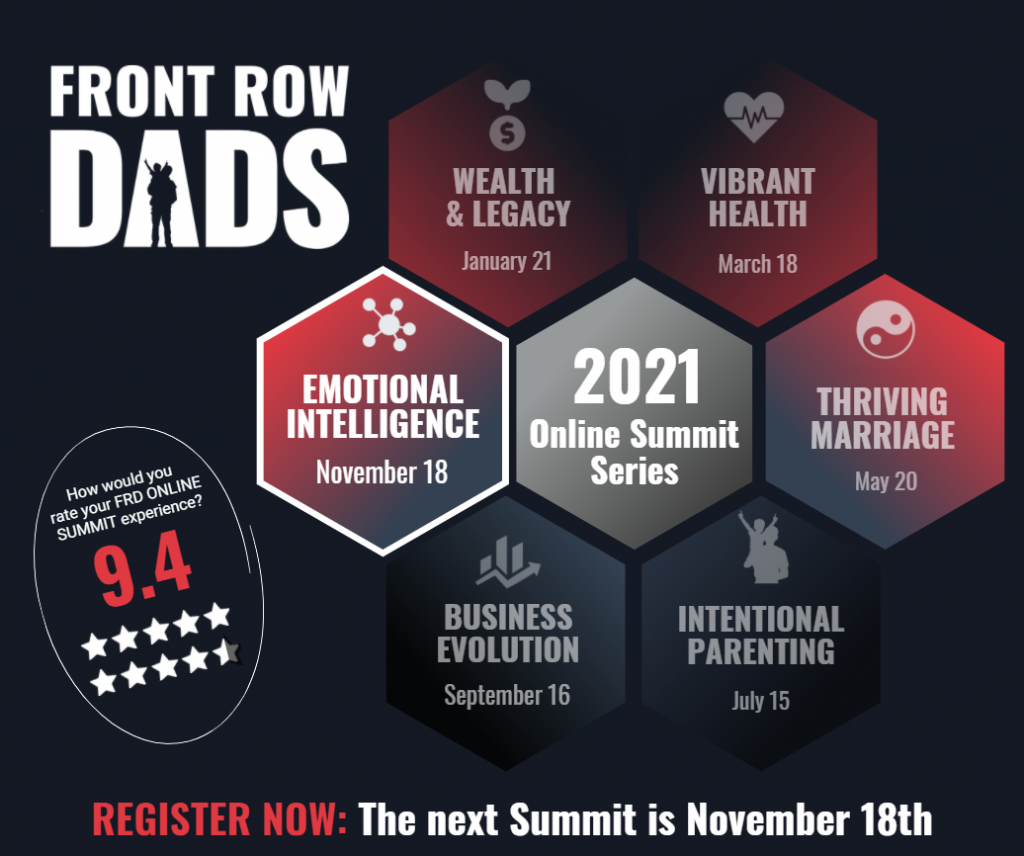 What is the FRD online summit?

Simply put, it’s an opportunity for you to commit one day to evolve as a father. You’ll join other Front Row Dads and have the opportunity to connect with and learn from each other in a powerful online event. The architecture of the event is designed to create a highly collaborative and interactive environment, where you’ll form meaningful relationships and have access to proven resources that will create real results for you and your family.

“Family men first, businessmen second. Grow with your wife as well as with your kids. While equally sad and exciting, our kids are going to grow up and move out. Using this time to invest in our marriage is going to be worth so much more when that time comes.”

“The level of connection formed at FRD events (in person or online) is quite frankly, INSANE. I’ve yet to attend an event and NOT come out with 10 times what I was hoping for. My wife, kids, and myself are ALL better off having found FRD.”

The FRD Pathway To Being
a Rock Star Dad!

Resources
Access the tools, ideas and strategies that elevate our brotherhood

By Attending This Event You Will…

OUR GUYS LOVED THE LAST ONE

I’m a husband and father of two, living in the Charlotte area and spending as much time outsdie in nature as possible. I serve as the Interim General Manager for XCHANGE, where I help teams, individuals, organizations and communities connect with and learn from each other through the design and facilitation of meetings, retreats, summits and conferences, both online and in-person. In 2016, I attended the very first Front Row Dads retreat in Philadelphia, which had a profound impact on my life!

Jim Dethmer is a coach, speaker, author, and founding partner at The Conscious Leadership Group. He has personally worked  with over 150 CEOs and their teams to integrate conscious leadership into their organizations.

Jim also leads monthly Forums for select leaders in Chicago and New York, and trains coaches through The Conscious Leadership Group. He has spoken at Conscious Capitalism, Wisdom 2.0, Mindful Leadership Summit,  Northwestern University Kellogg School of Management, and USC School of Medicine Greenville (where conscious leadership is part of the curriculum).

He  is co-author of High Performing Investment Teams, and The 15 Commitments of Conscious Leadership, an Amazon bestseller (2015).

Jim lives in Chicago with his wife Debbie, and in Michigan, their soul’s home,  when they’re recharging during the summer months.

Jon Berghoff is the creator of the XCHANGE Approach, and considered the Godfather of conversational choreography – a whole new way for coaches, consultants and facilitators to unlock collective intelligence in any group. He is called upon as a guide for companies like BMW and Facebook, and is the go facilitation expert for leaders of the largest training organizations, mastermind groups, and industry conferences around the globe.

Dr. Rick Milter, esteemed Leadership Professor at Johns Hopkins University, calls Jon “A once in a multi-generation innovator. What Elon Musk is to technological advancement, what Einstein was to scientific discovery – Jon is to the art and science of unlocking group potential, through facilitated interactions.” 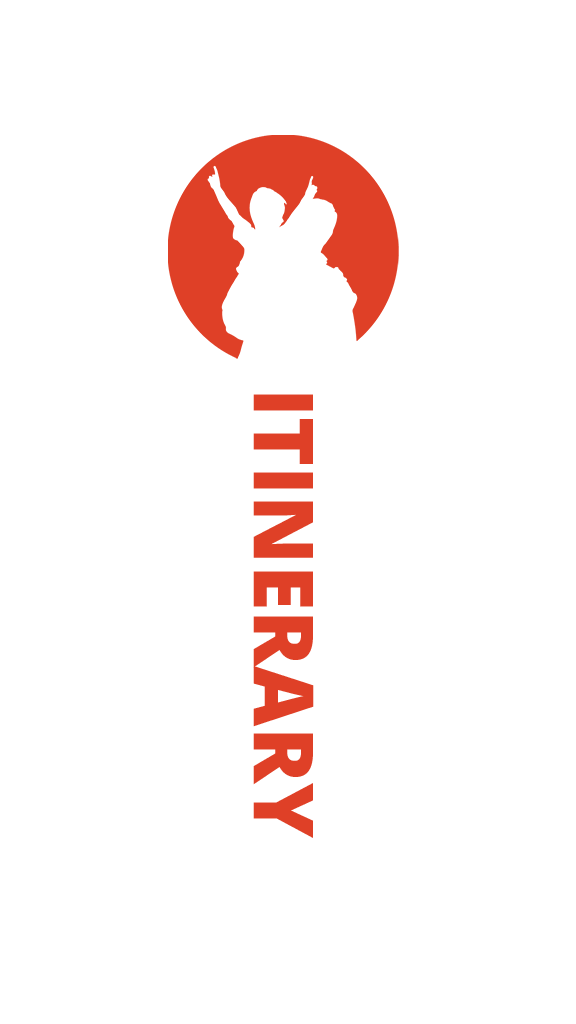 “A damn good dose of desire to be a great husband, father and a better man.”

We’re taking everything that worked for years at our in-person retreats ONLINE and making it even easier for you to Join Us!

6 BENEFITS TO AN ONLINE SUMMIT

WHY THESE DADS SAID YES!

YOU’RE GOING TO SPEND THE WHOLE
DAY ON ZOOM ANYWAY…

What if I can’t attend live, can I get the recordings?

This is a live, online event, designed to allow real-time connection and collaboration. For that reason, there will be no recording and you’ll have to join live.

What if I can’t be present for all the sessions, can I come and go throughout the day?

Out of respect for everyone who is participating, we ask that you arrive on time and stay through the end of the full session (morning and/or afternoon). The nature of the activities we’ll be engaged in are collaborative, requiring small group discussions, so arriving or departing during those activities would be a distraction for everyone. Thanks for your understanding and for honoring this request.

Will you be serving lunch?

No, you’ll have to provide your own lunch, snacks and drinks.

What if I’ve never been to an in-person Front Row Dads Retreat, can I still attend this online event?

For sure, we’d love to have you!

Will this online event be as awesome and impactful as the in-person retreats I’ve come to love?

Absolutely! We’re using the same approach to design and facilitate the online retreat, so you can count on a deeply impactful and meaningful experience that generates real results for you and your family!

What if I’m not sure if this is the right fit for me?

Are you committed to evolving as a father? Do you think it makes sense to invest 1-day to support this evolution? Do you want a deeper connection, more presence, and stronger relationships with your family? If you answered yes to any or all of these questions, then this event is probably right for you. But, if you’re still on the fence, reach out and we’re happy to connect for a discussion!

If this event doesn’t provide 10x the value for your investment of time, energy, and money, just tell our team and we’ll send a 100% refund.  We believe in our product and stand behind it.  We know our process works because it’s worked time and time again.  We’re in the business of creating real results, and if you commit to showing up fully (that’s your part), and give the experience your absolute best, this will work.  But for any reason, if you feel we fell short of our promise, we’ll send your cashback.   It’s that simple.  I guarantee that if you show up ready to work, we’ll provide an experience that will be a game-changer for you. We’ve successfully done this for years, and we’re only getting better.  Join us and let’s build your family together.