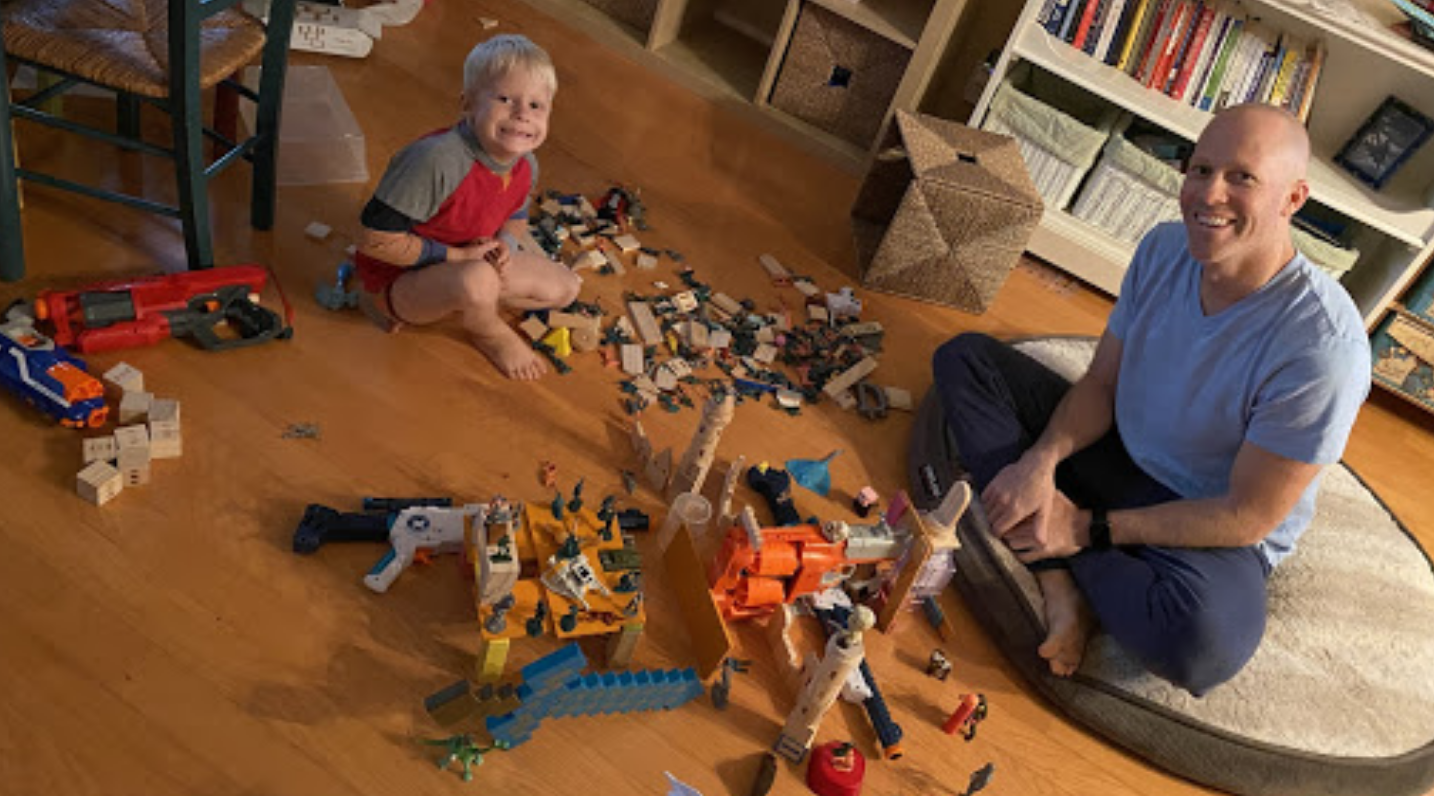 For several months now, my 5-year old has been playing with Army Men characters.

We set up epic battles together, and then he typically tells me something like, “My guy is going to snipe your guy!”

His army always seems to win — by a long shot! 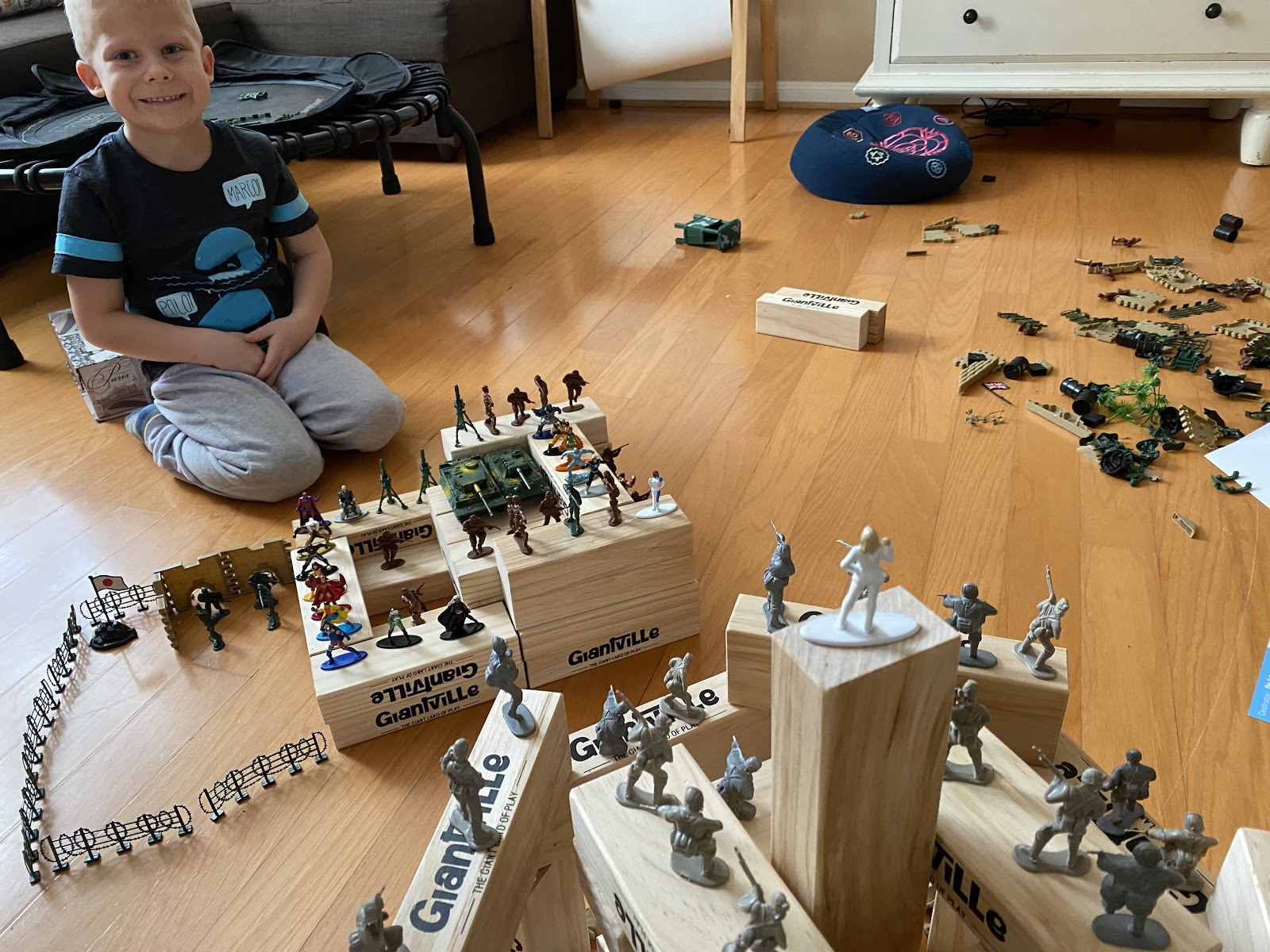 I’ve loved this time with him.

And then I saw a dark side.

Let me begin by saying…

I have no problem with my sons playing “Good guy, bad buy” games.

I have no problem with my sons talking about, or acting out fighting scenes, as they often do with toy sticks, swords or other weapons they manufacture.

I have no problem with my sons learning how to protect themselves and others, figuratively and literally.

I have no problem with any child learning about the warrior that lives within them, and all of us.

As a kid, I got tremendous value from studying martial arts.  I loved the karate kid movie.  I played cops and robbers.  In church I learned about evil, and the forces that stood against it.

What I do have a problem with is…

I do have a problem when fighting has no moral compass.

I have a problem with attacking others from a place of anger or revenge.

“An eye for an eye will only make the whole world blind.”
― Mahatma Gandhi

I see a problem when fighting becomes an addiction, an identity, and the only place to feel and fuel power.

“Whoever fights monsters should see to it that in the process he does not become a monster.”
― Friedrich Nietzsche

I have a problem if peace isn’t part of the conversation.

“Dad, how do soldiers killing each other solve the world’s problems?”
― Bill Watterson, Calvin and Hobbes

As Ocean played more and more with the army men, I realized there was only one conversation happening.

That conversation was about dominating and destroying me.

He had only one story in his mind — win at all costs.

While I want my son feel like a winner, in this case, I felt the story he was living out daily needed some expansion.

To add texture and open his awareness around this subject, my wife and I decided to add some new characters to the story.

For Christmas, one of his presents were army men who instead of carrying bazookas, were doing yoga 🙂

I wanted to talk about how there are many ways to win the war, and that warriors have many ways they are strong, and one of those ways is to strengthen your mind.

I wanted him to learn that often our outer battles are just inner battles in disguise.

As most kids do, they imitate things they see, hear and feel.

Since we changed the story, and added a new depth to the conversation, he reacted in the coolest way imaginable.

He immediately sat on the floor, crossed his legs, and began meditating (by the way, I didn’t notice this until editing this post, that the picture on the wall over his shoulder, is a group of children meditating.  Photo credit to the amazing Nema Etbar)

As parents, if you want to change your children’s behavior, try changing the stories you tell.

Stories allow us to present new possibilities through expanded imagery and energy.

I’m often asking myself, “How much of my kids behavior is nature vs. nurture?”

In some ways, my kids will be who they’re born to be, no matter how hard I might try to control the outcome.

In one of my favorite kids books by Matthew Kelly, he writes about being the best version of yourself, and part of that story teaches kids, no matter how hard a fish wants to be a bird, it’s still going to be a fish.   In some ways, I do believe that part of what we become is beyond our control.

What was also given to us, along with aspects of ourselves that are set in stone, is free will.  The power of choice.

And while nature has it’s own course to follow, I realize more and more how much of our future is shaped by the identity we create for ourselves.

All this to say, if I want to change behavior in my kids, I need to change the stories I’m telling and living with them.

So while I’m going to set up epic battles with little Ocean Vroman, I’m going to be even more intentional about bringing new characters into the conversation and creating new opportunities for my kids to see the world in new and evolving ways.

What stories are your kids experiencing at home?   Which of those stories are helping, and which ones are hurting?

So much of our kids growth, comes from our own, so in the spirit of YOU creating the story of 2020, here’s a short exercise to help you make immediate and effective changes to the next chapter.

Start by grabbing your journal, or just a piece of paper and simply write a line down the middle.

On the left side, write “More of” and the right side, “Less of”

Begin by writing down 10-20 items on each column of what you’d like for your family to have more of, and what you want less of.

I did this a few days ago, and my list included…

What’s on your list?  I’d love hear your thoughts in the comments section below.