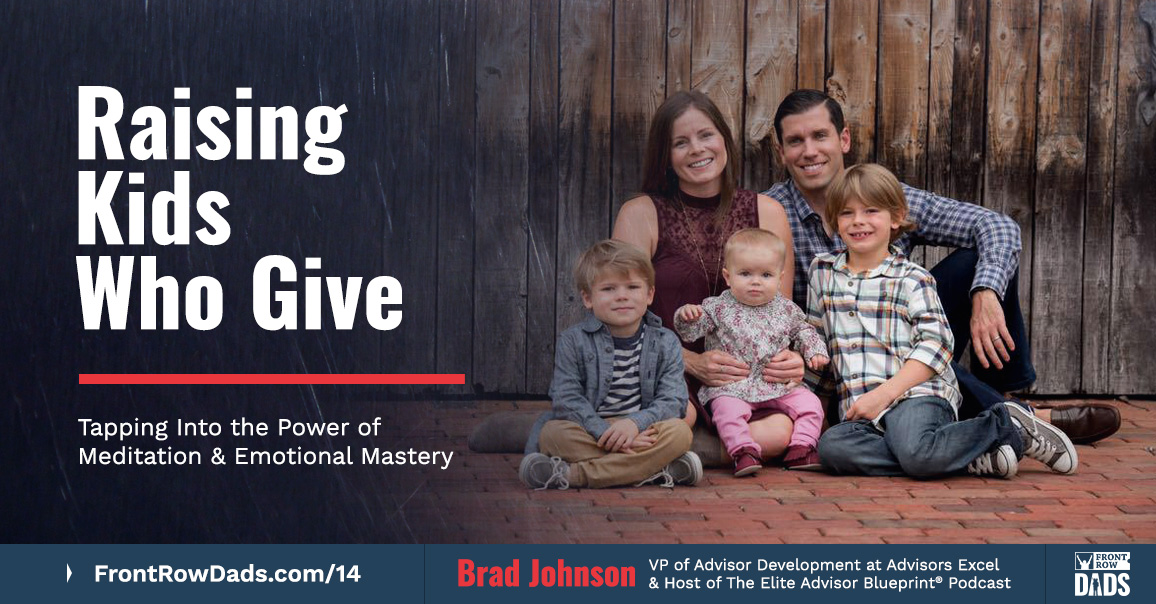 Raising Kids Who Give

Brad Johnson grew up in rural Minneapolis, KS (population approx. 2,000) on a farm with his parents and younger brother. Growing up lower, middle class – money wasn’t always easy to come by. However, spending many days of his childhood summers throwing hay bales and fixing barbed wire fence, the value of a hard day’s work has never been lost on him. And those values have obviously paid off!

Today, Brad is the VP of Advisors Development at Advisors Excel (largest independent insurance brokerage company in the United States) and mentors a small group of the country’s most elite financial advisors. This group captured close to $1B of new assets last year and relies on Brad and his team to help them maximize their marketing ROI, streamline their client acquisition process, and run their business like a CEO – not a salesperson.

Advisors Excel, Brad Johnson, meditation, raising kids
Previous Post
Being a Dad Who Pursues What He Loves
Next Post
Raising Kids Who Love What They Do