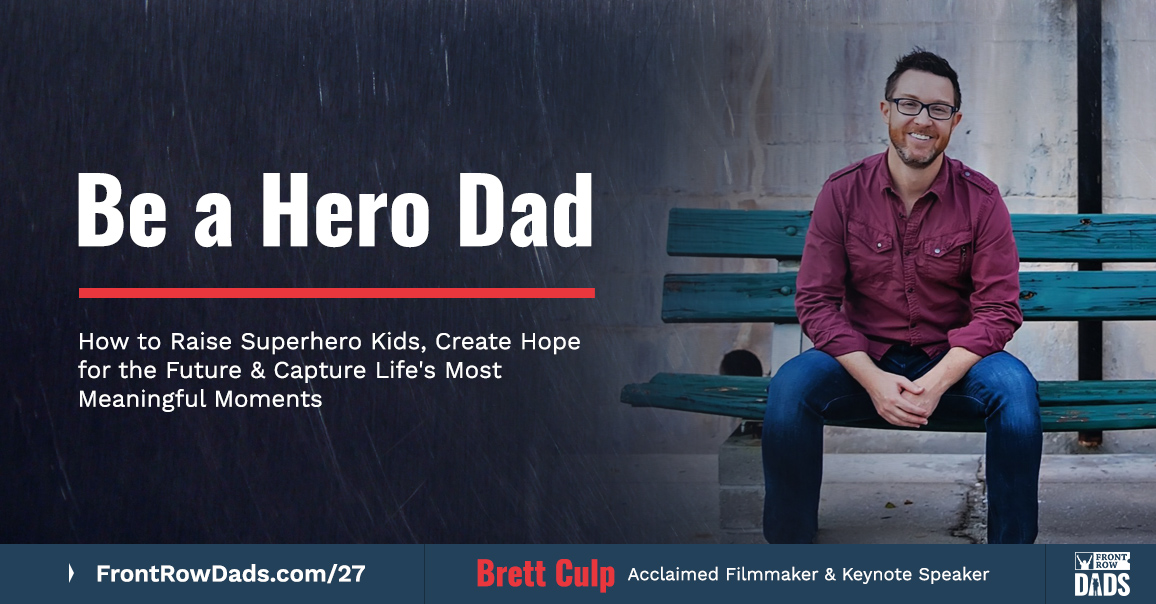 Be a Hero Dad: How to Raise Superhero Kids, Create Hope for the Future & Capture Life’s Most Meaningful Moments

Brett Culp is an acclaimed filmmaker and social entrepreneur whose work has inspired audiences around the world. He is the personal cinematographer for Hollywood stars, music icons, beloved authors, hall of fame athletes, and royal families. His films are featured on Netflix, iTunes, Hulu, and other top digital platforms.

With his uplifting documentary film Legends of the Knight, Brett pioneered a ground-breaking approach to community building and relationship-driven engagement. Rather than launching this feature film through normal distribution channels, he offered anyone in the world the opportunity to screen it in their local movie theater with proceeds benefiting the charity of their choice. This unique plan gave individuals the freedom to use the movie as an open-source tool for bringing people together to make a positive impact.

Without a single dollar spent on marketing or advertising and no paid staff, the feature film successfully screened in theaters in 110 cities across the globe raising $100,000 for charity. Each showing was hosted by local volunteers who took the initiative to organize and promote the event. Brett inspired thousands of people, many of whom had never planned a community event, to become leaders engaged in a passionate mission.

For Brett, this experience re-framed leadership as an art form that invites people to connect with a noble vision and make a difference together. Rather than thinking as a traditional filmmaker, his projects are collaborative efforts, pulling diverse groups of people into dialogue and ultimately leading to stronger communities and greater impact. Brett has developed an expertise for creating ‘mini-movements’ that inspire the heroic spirit in everyone.

His work as a filmmaker has built MORE than a fan base of followers. He empowers people to find their own path to leadership. Brett’s uplifting keynote speeches deliver practical methods for aligning teams behind a meaningful mission and creating growth through trust and genuine connectivity. His high energy programs are filled with touching moments, extraordinary filmmaking stories, humor, and insights about developing rewarding relationships through generosity and authenticity. His message impacts audiences on a personal level, motivating them to find the best within themselves and bring it to their world.

Brett has been featured in USA Today, Entertainment Tonight, WIRED, The LA Times, The Hollywood Reporter, Lifetime, WEtv, and many more. The newest edition of the college textbook Documentary Storytelling devotes an entire chapter to Brett’s production style.

He is the co-founder of The Rising Heroes Project, a 501c3 that supports charitable organizations and empowers community leaders.

Audiences will leave his speech with a renewed sense of hope for the future and belief that their efforts can make an impact. They will find themselves more in-touch with their own capacity for ‘everyday leadership’ and equipped to inspire it in others. His message is perfect for groups seeking good news and desiring to be re-invigorated with purpose at every level.