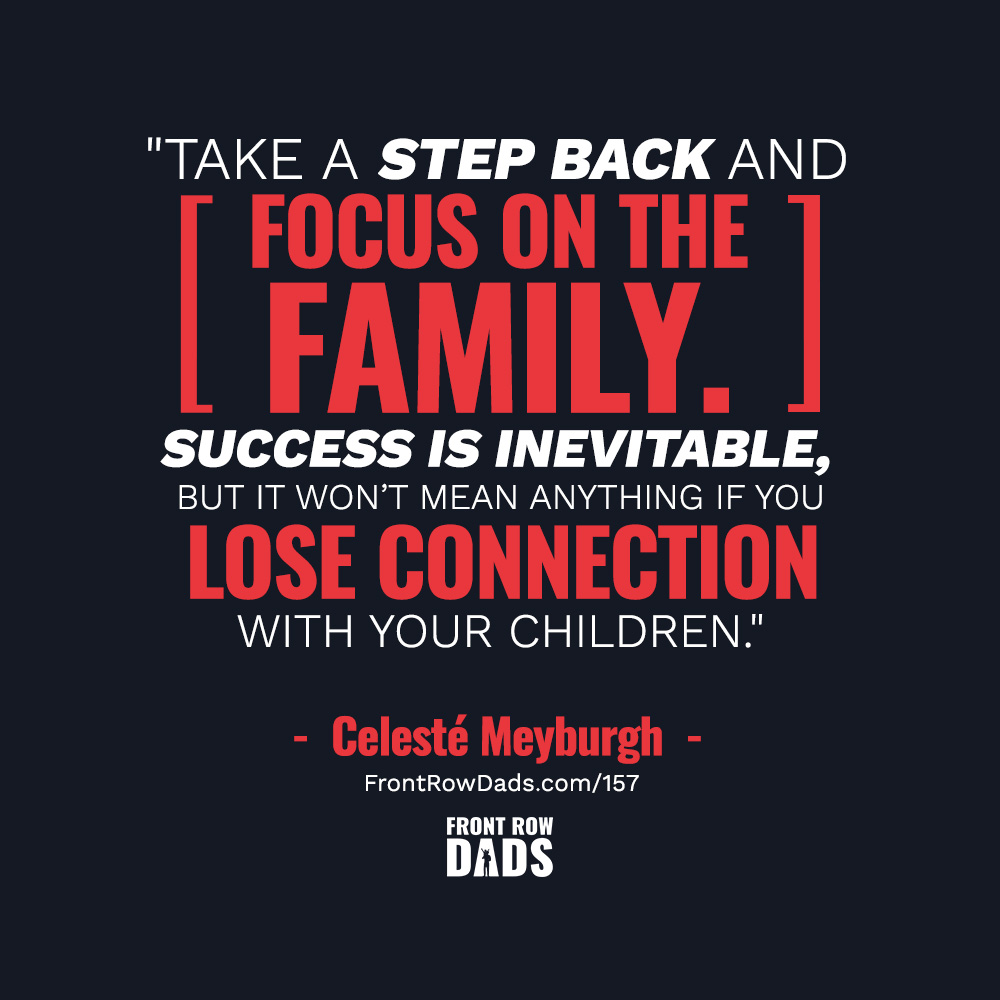 A Dad’s Impact on Early Childhood Development with Celeste Meyburgh

Don’t have time for the full interview? Here’s a short clip from the discussion!

In this episode, Celesté Meyburgh discusses her passion for helping men understand their impact at a child’s early age.

She believes Dads should know what the science says about their unique impact and she has made it her mission to share the fascinating research about Dads far and wide.

Celesté Meyburgh along with her (awesome!) husband, Kobus Meyburgh, are co-founders of Spritely.

During office hours, she is a Registered Psychometrist and Counsellor. After hours, she plays house (and LEGO and dinosaurs) with her two-year-old girl, Famke, and five-year-old boy, Milan.

During the early morning hours, she is plotting world peace, with her ever-growing army of actively involved Dads.

Front Row Dads is in the business of building better families.

The Front Row Dads brotherhood is changing that.

Subscribe to the Front Row Dad podcast to learn about fatherhood, marriage and how to level up your game at home.

Host Jon Vroman asks the big question, uncovers true stories and practical strategies to win as a parent (and husband).  Digging up the tips, habits, routine and rituals that help men be a better dad/father and also win in marriage, parenting, health, finance while balancing the hundreds a full calendar.  It’s easy for a dad to say that family matters most, but feels guilty knowing their careers get the best of them, and their family seems to get the rest of them. Front Row Dads is changing that. We help you raise awesome kids, and improve your marriage.  We help Dads become family men with businesses, not businessmen who have families, so they can thrive personally AND professionally. For those looking for dad advice, and tips to thrive in fatherhood, it’s all at FrontRowDads.com

Celeste Meyburgh
Previous Post
The Not-So Perfect Couple with Pat & Sam Cullinane
Next Post
The Self-Driven Child: The Science and Sense of Giving Your Child More Control Over Their Lives