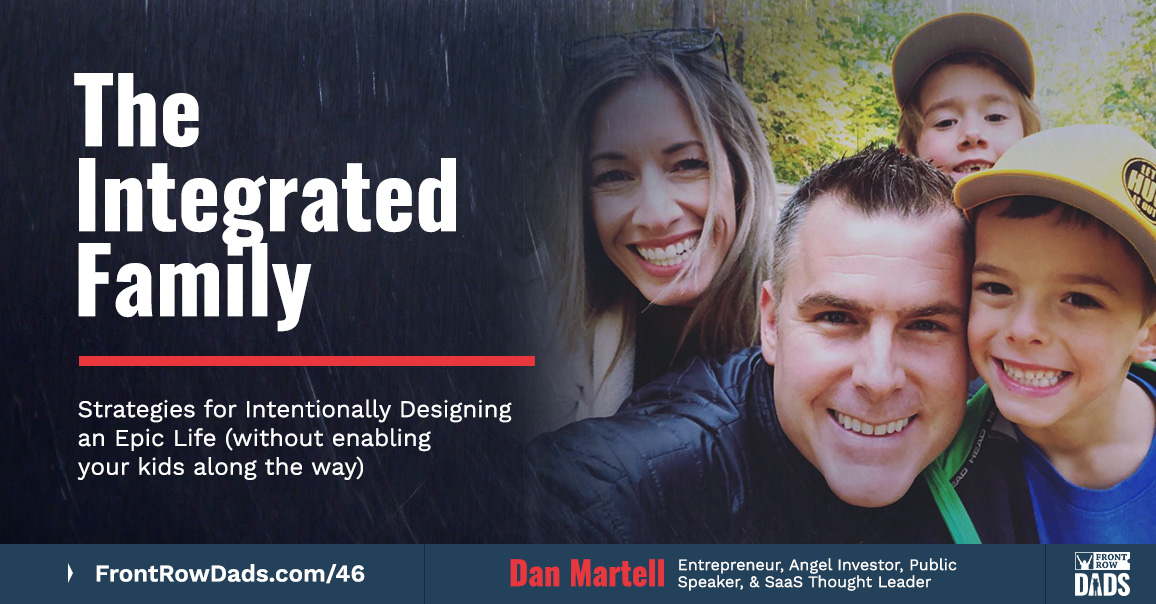 The Integrated Family: Strategies for Intentionally Designing an Epic Life (without enabling your kids along the way)

Dan Martell is a world renown coach that works with high performing SaaS companies. He has built a thriving community of multi-million dollar startups that are changing the way we work and live. Quoted in numerous publications, books, and podcasts, Dan speaks about how to quickly scale a SaaS company using the techniques and habits that made him a successful founder.

Dan’s success didn’t happen overnight. As a child, he was in and out of jail/rehab and often moved from home to home before he was an adult.

It was in rehab one year, that he discovered the world of coding and became completely captivated by its possibilities. He started multiple businesses (many of which failed) before he started to master the art of the startup.

He previously founded Clarity.fm a venture-backed startup that makes it easy to connect with top business minds over the phone, and Flowtown, a San Francisco based social marketing product which raised funding, grew to over 50,000 small business customers and was eventually acquired by Demandforce in 2011.

In 2012 he was named Canada’s top angel investor having completed over 33 investments with companies like Udemy, Intercom, and Unbounce.

He believes “you can only keep what you give away” and is heavily involved in many charitable organizations & community events. Discover more about him and all that he is up to at his website.