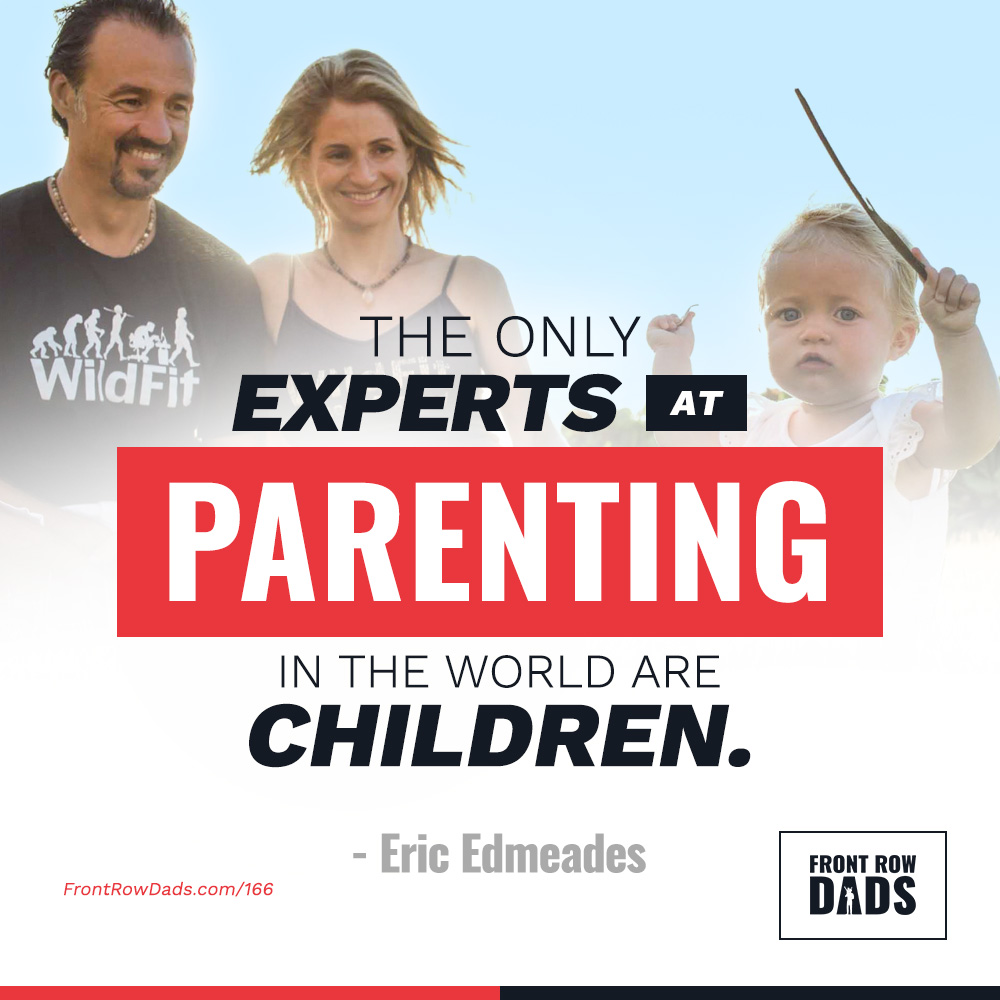 7 Priorities for Healthy Dads (and Kids) with Eric Edmeades

May 4, 2020
frontrowdads
Podcast
No Comments

In today’s episode,  Eric Edmeades joins the podcast to talk about how he manages to live a healthy life with his family. You’ll learn how he teaches his kids about healthy eating, factors to consider in a healthy diet, and moral lessons that can help you build a healthy relationship with your family.

Don’t have time for the full interview? Here’s a short clip from the discussion!

Eric has logged over 10,000 hours on stage and spoken in over 20 countries around the world. He routinely speaks at business, marketing and technology conferences, film festivals, corporate engagements and does pro-bono talks and consulting for not-for-profit organizations and schools.

Eric is a proud father and enjoyed debating politics, health and the merits of music with his son who has just commenced study at UBC in Canada. In 2012 Eric married his long time girlfriend Elise and the two of them now split their time between being at home (and kiteboarding) in Cabarete, Dominican Republic and touring around the world working to inspire and empower people, companies and governments to achieve great things.

Front Row Dads is in the business of building better families.

The Front Row Dads brotherhood is changing that.

Subscribe to the Front Row Dad podcast to learn about fatherhood, marriage and how to level up your game at home.

Host Jon Vroman asks the big question, uncovers true stories and practical strategies to win as a parent (and husband).  Digging up the tips, habits, routine and rituals that help men be a better dad/father and also win in marriage, parenting, health, finance while balancing the hundreds a full calendar.  It’s easy for a dad to say that family matters most, but feels guilty knowing their careers get the best of them, and their family seems to get the rest of them. Front Row Dads is changing that. We help you raise awesome kids, and improve your marriage.  We help Dads become family men with businesses, not businessmen who have families, so they can thrive personally AND professionally. For those looking for dad advice, and tips to thrive in fatherhood, it’s all at FrontRowDads.com/subscribe