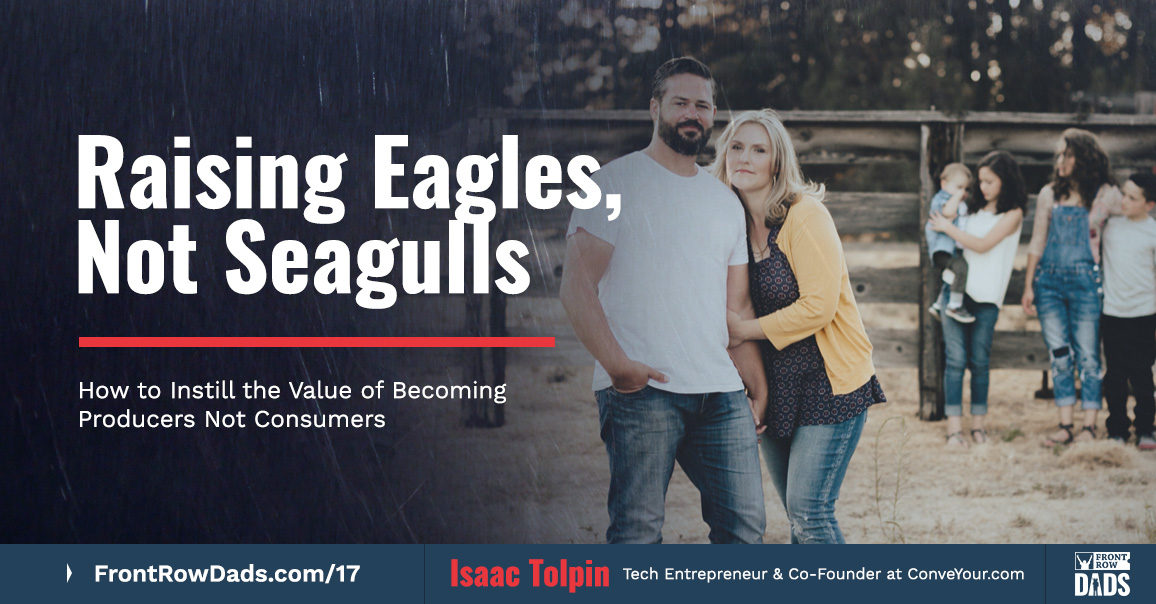 Raising Eagles Not Seagulls: How to Instill the Value of Becoming Producers Not Consumers

May 13, 2018
frontrowdads
Podcast
No Comments

Isaac Tolpin is a tech entrepreneur and futurist at heart, on the mission of humanizing the digital learning experience to equip and fuel change in the world.

In the pursuit of making a difference through business, he’s lost, won, and learned a ton with over 105 million in combined revenues from the companies he’s been involved in building.

Isaac co-founded the tech company Throwing Boulders in 2001, that launched its most important product ConveYour.com in 2016 that’s disrupting the digital training world.

He brings a visionary mindset to his family by creating a legacy raising and educating his seven children with his wife Angie Tolpin of Courageousmom.com.

Isaac refuses to waste his life achieving the world’s definition of success that leaves so many feeling empty, but instead deeply cares about making a difference in the world through the projects he’s involved with, those he serves, and the family he leads.

Isaac Tolpin, marriage, values
Previous Post
How to Not Make Marriage Complicated
Next Post
Increasing Impact: How the Power of Separating Leads to More Connection, Purpose and Meaning