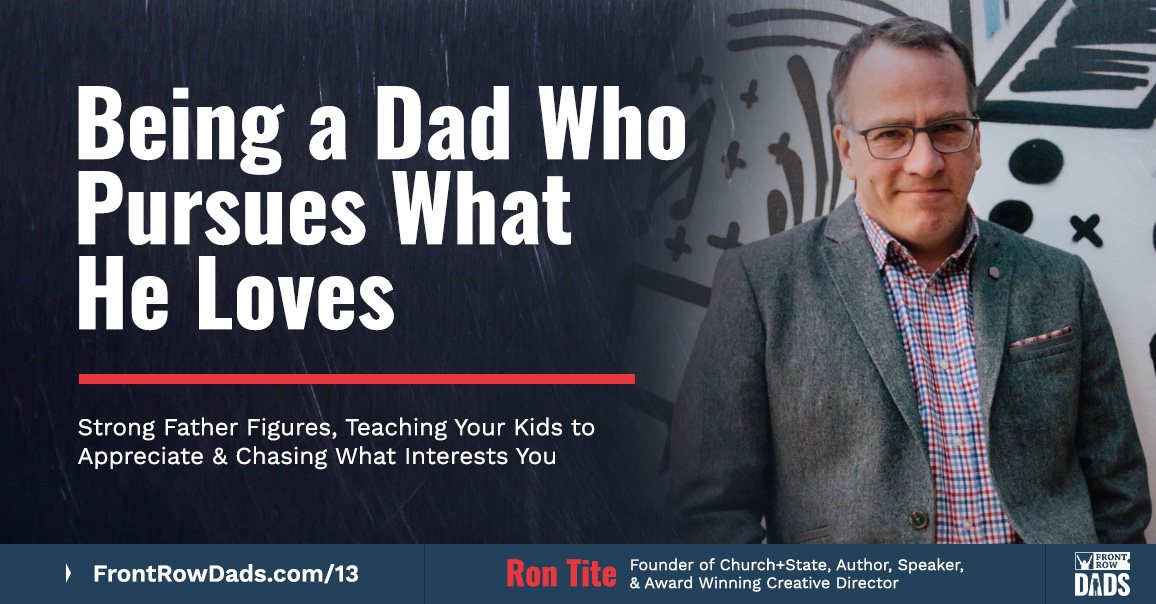 Being a Dad Who Pursues What He Loves

Named one of the “Top 10 Creative Canadians” by Marketing Magazine, Ron Tite has always blurred the lines between art and commerce. He has been an award-winning advertising Creative Director for some of the world’s most respected brands including Air France, Evian, Fidelity, Hershey, Johnson & Johnson, Kraft, Intel, Microsoft, Volvo and many others.

He is Founder and CEO of Church+State, a Toronto-based marketing agency, Editor in Chief of The Business Casual, and Publisher of This is That Travel Guide to Canada – a best-selling, award-winning satirical book from the creators of CBC Radio’s hit show, This Is That.

He has written for a number of Television shows. Penned a children’s book. Wrote, produced and performed the hit play, The Canadian Baby Bonus. And was Executive Producer & Host of the award-winning comedy show Monkey Toast.

In demand as a speaker on disruption, innovation, creativity and content marketing, Ron speaks to leading organizations all over the world about “Think. Do. Say.”, his own take on modern business. Ron’s own book, Everyone’s An Artist – Or At Least They Should Be (Co-written by Scott Kavanagh and Christopher Novais), was published by HarperCollins in 2016.